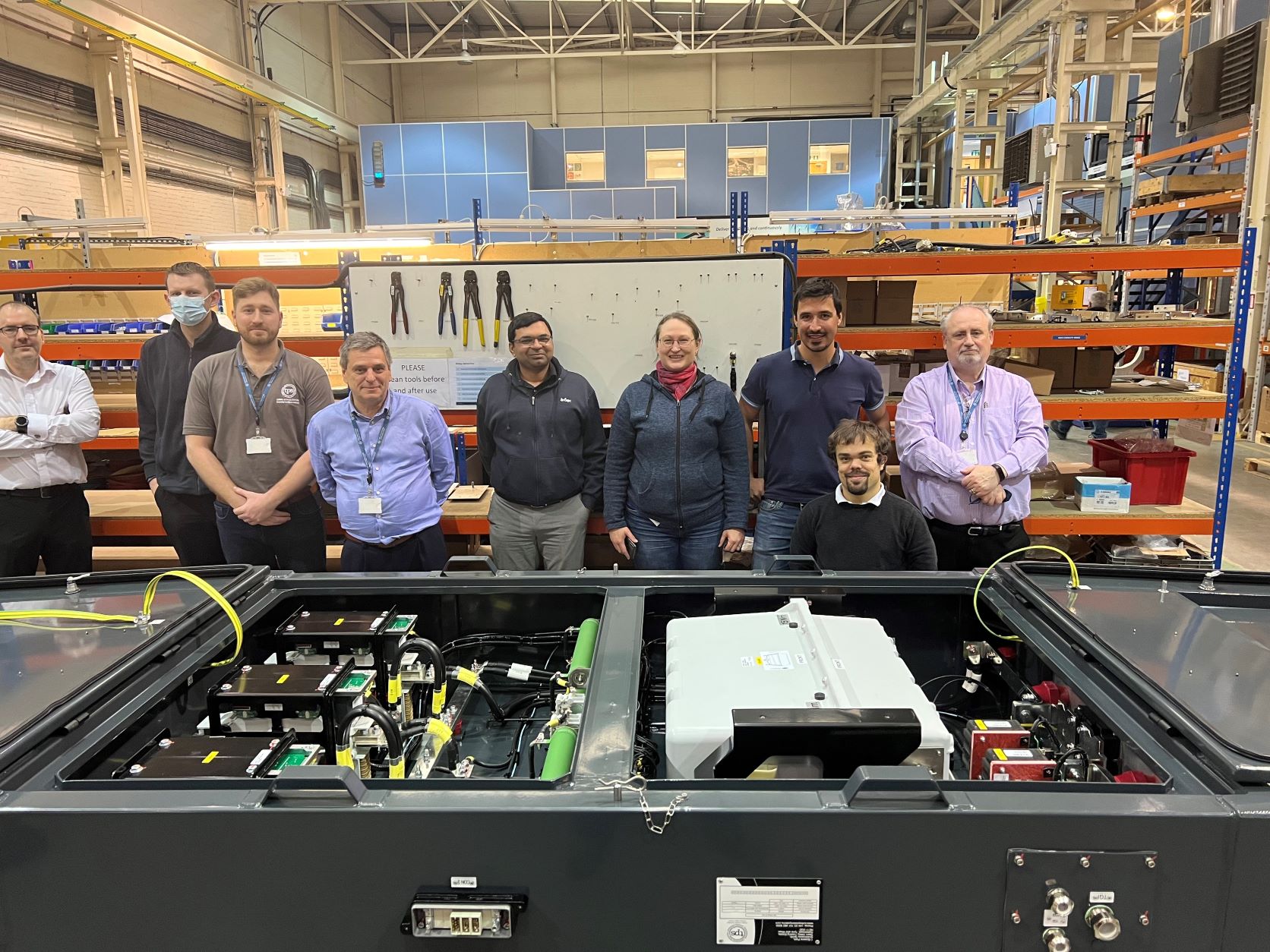 As the manufacturing process to build 46 new trains for the Tyne and Wear Metro gets under way, Gateshead-based Turbo Power Systems (TPS), will soon begin producing electric converters for the new fleet. Stadler appointed TPS last year, demonstrating its commitment to support the regional economy and to using as many local firms as possible for the build and maintenance of the new trains.

Ahead of the arrival of the first train in the north east, Turbo Power Systems will begin making electric converters for each of the new trains. These devices are an essential component of the train’s traction, acting as the interface between the pantograph and the power converters. They have an essential safety function for the propulsion system.

Hired by Stadler in June 2021, TPS is a flagship clean tech north east company, which designs and manufactures cutting-edge power and energy conversion systems for the transport, industrial and energy sectors. All of its products are designed and made at their own facility in Gateshead.

Stadler’s appointment of TPS reflects its pledge to boost the regional economy and involve as many Tyne and Wear-based companies in the new trains project as it can. It is keen to use local suppliers for materials and services required for the depot re-build, the manufacturing of the new trains and the ongoing service and maintenance of the trains on the patch. More than 90 per cent of the suppliers used for the depot build project are based in the UK, with key suppliers from the north east region, including Thompsons of Prudhoe and A&M
Electricals in Washington.

Currently, the main components of the train are being fitted, including the wheels, seats, equipment cases, piping, wiring, flooring, windows and other internal furnishings, in a process known as final assembly, which started just before Christmas. Over the next couple of months, the process to make the bogies will resume, and then bodyshells attached to the bogies.

The first of the 46 Metro trains that Stadler is making for Nexus is scheduled to arrive at the end of this year. Initially, it will be used for testing and driver training. Trains are set to enter customer service in the summer of 2023.

Adrian Wetter, project manager for Stadler, commented: “The start of the process to manufacture electric converters not only marks an important stage in the production of new trains for the Tyne and Wear Metro, but brings to life Stadler’s pledge to invest in the north east economy and use as many local suppliers as we can over the course of our 35-year contract.”

John Boylan, project manager for TPS added “We are thrilled to be working with Stadler on this exciting local project and passing of FAI and moving into production manufacture of converters; which is a major milestone for both TPS and the project as a whole. We look forward to delivering this converter and are sure this is just the beginning of a prosperous relationship with Stadler.”

Head of fleet and depot replacement programme at Nexus, Michael Richardson, said: “It’s fantastic to see another company from North East England starting work on supplying essential components for our new £362m train fleet, which is going to transform Metro services for customers.

“Gateshead-based Turbo Power Systems are making vital parts for the new trains’ electrical traction systems. It’s a major element of the project and both Nexus and Stadler are delighted to be working with them.

“This shows that there is work for local firms in the Stadler supply chain. Stadler is committed to using local suppliers where possible and this helps to secure jobs and drive inward investment into our region as well as other parts of the UK.”

The new Metro trains will be 15 times more reliable, cut energy consumption by 30 per cent and will vastly improve accessibility. They will have modern features including charging points and air-conditioning. Stadler is also in the process of building a new £70m Metro depot at Gosforth as part of the new fleet project. Find out more at www.nexus.org.uk/newmetrotrains

Find out how we can help

Speak to one of our experts about your specialist project requirements